I’m a woman in her forties in a relationship with a man and I have my first STI with symptoms. Genital warts — yay! I noticed them about two months ago (near my b-hole) and went to the gyno today and had them treated. My question is, do I need to tell my boyfriend? We’ve been dating for about five months, and we don’t use protection because I have an IUD. More background info: My BF hasn’t gone down on me. He wants to, but I’m very subby and it’s hard for me to get off that way, so I’ve been putting him off. And now that I want him to try, I have warts.

I don’t know if he’s seen them. Maybe? We haven’t had sex from behind in months and I think that may be why. Maybe he saw them before I did and stopped wanting to have sex in that position? He did want to fuck me from behind a couple of days ago, but I said no because I was embarrassed. Do I need to tell him I have HPV/genital warts? We’ve been having unprotected sex about five times a week for the last five months.
– Worrying About Really Terribly Situation

“Yes, WARTS should disclose this to her partner,” said Dr. Ina Park, a professor of Family and Community Medicine at the University of California San Francisco. “Hopefully he will be calm and supportive about it, and it won’t be a big deal for the two of them.”

What you’re facing, WARTS, is what I’ve long described as a “one thing/everything” disclosure scenario. Meaning, you’ll be telling your boyfriend one thing he needs to know about you when you make this disclosure — that you have a very common and easily transmissible STI — but his reaction will tell everything you need to know about him. If he isn’t calm and supportive out of the gate, WARTS, or can’t pivot to calm and supportive quickly, you’ll know he’s not anyone you want in your bed or up your butt.

“And while I usually don’t try to pinpoint where HPV comes from in terms of ‘blaming’ a specific partner,” said Dr. Park, “if the boyfriend does freak out, I would make this next point: Given that the warts showed up for the first time so soon after starting this new relationship, it’s likely that WARTS’ current partner gave her the HPV that’s causing these warts.”

Dr. Park, who is also an STI prevention consultant to the Centers for Disease Control (and so knows what the fuck she’s talking about), points out that the strains of HPV most likely to cause genital warts — types 6 and 11, for those keeping score — will typically start showing symptoms a few months after someone starts sleeping with a new partner who has undisclosed or undiagnosed HPV.

“In some cases, it can be longer, and some folks won’t manifest warts for two years after exposure,” added Dr. Park. “But there have been several studies in US women showing the average time to development of warts after HPV exposure is 3-6 months. So, while we can’t prove which of WARTS’ partners gave her HPV, she is in the perfect window time-wise with the current relationship.”

Which is not to suggest your boyfriend knew he had HPV and didn’t disclose or take proactive steps to protect you, WARTS, like wearing a condom, which would’ve provided you with a significant degree of protection. Like most people with HPV — assuming he has HPV your boyfriend most likely wasn’t aware he had it. (And he may not have it, but he probably does; most sexually active adults do.)

Now there’s a safe and effective HPV vaccine — a vaccine that protects people against HPV-related cervical cancers, penile cancers, rectal cancers, and throat cancers — and ideally people should get their children vaccinated against HPV before they’re sexually active. But even sexually active adults up to age 45, including adults who’ve already had HPV, can benefit from getting the HPV vaccine.

“Since we know that WARTS’ immune system didn’t clear HPV very easily — because she had warts — it’s a great idea for her to get the HPV vaccine,” said Dr. Park. “It will protect her from the strains of HPV that she hasn’t already been exposed to, including other strains that cause warts and cancer. And WARTS should bear in mind that it often takes multiple treatments to get rid of warts. So, if they don’t go away immediately or appear to go away and come back, she needs to know that can be a normal part of the process.”

Dr. Ina Park is the author of the wildly entertaining memoir Strange Bedfellows: Adventures in the Science, History, and Surprising Secrets of STDs. Follow her on Twitter and Instagram @InaParkMD.

My brother has been submitting to a “FinDom,” (a fetish lifestyle where a submissive gives gifts and money to a financial dominant) something I didn’t need to know and only found out after our mother “accidentally” read his emails during a visit. (No accident. Our mother snoops.) I spoke to him about because I was worried my brother — who has a well-paying job but has never been good with money — was being exploited by this FinDom. Well, as it turns out, this woman put my brother on a budget. She accepts his $200 “tributes” on the condition that he sends proof of having put $500 into a retirement savings account. So, my brother went from having zero savings to having nearly $120,000 in a retirement account. (This has been going on for a while.)

I wanted to send this woman a thank-you note (I have her email, thanks to mom), but I thought that would be intrusive, so I’m writing to you instead in the hope that she reads you: Thank you for being an ethical person and getting my brother to do what I never could — save for his future — and I’m sorry about that crazed email from our mom.
– Intrusion Reveals A Sincerely Ethical Person

I’m glad your brother found a goodie when he went looking for a FinDom, IRASEP. That said, I’m sure there are unscrupulous FinDom out there — just like there are unscrupulous financial advisors and real estate developers and megachurch pastors. But while some FinDom presumably take more than their subs/clients can afford to give, I think abusive FinDom are rare.

You don’t have to take my word for that; a lot of FinDom share their receipts on Twitter, and it’s rare to see one accepting more than a $100 from a client/sub during a single “draining” session.

P.S. Seeing as the good FinDom your brother serves has already received an unhinged email from one member of your family — that “crazed” and most likely abusive and shaming email from your mother — you should go ahead and email her your thanks directly instead of hoping she sees your note in my column.

I’ll keep the background brief: I’m a woman in a nearly 20-year-long monogamous marriage. Before we were married, my husband was involved with a particular woman. She left him, but they stayed friends. Early on, I was jealous and more than a little insecure. He ultimately married me, but she never got married. Since then, he and I have gone through the ups and downs of raising two kids together, but we’re in a really solid place, and this woman and I became friends long ago.

She was recently diagnosed with an aggressive, early-onset breast cancer. It had already spread before she found the lump. They’ve given her a year. My husband went with her to her first chemo treatment. That night, he told me she was nervous and he wanted to make her feel better, so he kissed her “to distract her.” I asked if he also slept with her “to distract her.” He said of course not and apologized and said it wouldn’t happen again. I’ve had a couple of weeks to think it over and now I’m thinking I should give him my blessing to sleep with his ex. My 20-year-old self would be horrified, but honestly, Dan, if I had only one good year left, I would want some hot sex with someone who cared about me before I went. If he can give her some pleasure in what little time she has left, I wouldn’t hold that against him. Bad idea? Crazy idea?
– Sharing Is Caring, Kapiche?

It’s not a crazy idea, SICK. It’s a beautiful, complicated, generous, fraught and compassionate idea. You want this woman, this rival who became your friend, to feel loved and to feel physical pleasure at this terrifying and heartbreaking time. We should all be so lucky to have rivals in our lives like you, SICK. Talk with your husband about it. It may not be something he wants, and it may not be something his ex wants or needs right now. But if they both want it, and sex would come as a comfort to the rival who became your friend, giving them the gift of your blessing would be a mitzvah to top all mitzvahs.

10 Haunted Spots in Charlotte Where Paranormal Activity Is Rumored 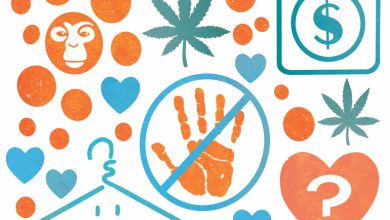