I have a question. I’m a gay man in a relationship and we’re both really happy since we met a year ago. We’re “open” in the sense that he wants the option to be intimate with someone else if a connection happens and in turn he said he would be supportive of me being involved in my kinks. But I haven’t done anything yet out of fear. I’m not afraid of my kinks. I’m worried that if I ask to go do something kinky it will ruin our relationship. I don’t think he was bluffing when he said it was okay for me to explore my kinks with other guys but it worries me. I tend to repress the kink part of my sexuality and I’m worried that him knowing I want to act on it will cause issues. My boyfriend and I are so balanced but in the kink aspects of my life I’m a submissive and need to engage in power exchange with someone. I miss being able to express these things and it feels like there’s a void in my life. That might sound silly, but it’s true. I think repressing them is actually taking a toll on my mental health. Any advice?
–Guy’s Abandoned Yearnings Subtly Undermining Bond

If your boyfriend is bluffing, GAYSUB, you wanna know that sooner rather than later.

Your still-relatively-new-ish boyfriend gave you permission to act on your kinks at the same time he asked your permission to fuck someone else. You gave him your okay and I assume you meant it, GAYSUB; you meant it when you told him he could, if and when “a connection happens,” go ahead and fuck the dude. Seeing as he took your “yes” for an answer where his “connections” are concerned, GAYSUB, I think you should take his “yes” for an answer where your kinks are concerned. So go find some hot Dom you wanna submit to and let your boyfriend know you’re gonna get your kink on. If it turns out your boyfriend was lying to you — if he’s one of those people who wants to be free to play with others (which is why he got your okay) but doesn’t want his partner playing with others (and the okay he gave you was insincere) — it’s better to find that out 12 short months into this relationship than to find it out 10 years, a mortgage, one kid, and two dogs into this relationship.

And what you describe about the void you feel is understandable to anyone with kinks, GAYSUB, and even vanilla people can understand if they think about it for even a moment. (That vanilla stuff you enjoy, vanilla people? Imagine never being able to do any of it. See?) Your kinks are an intrinsic aspect of your sexuality and repressing them — not having any way to explore or express them — does take an emotional toll. It can also breed resentment if your partner is the reason you can’t explore or express them. Which means if your boyfriend wants you to be happy and wants you to be a good boyfriend to him, then you need to have the freedom to be who you are. For some kinky people porn is enough of an outlet, GAYSUB, but most kinky people want actual experiences.

Often a vanilla partner is willing and able to meet a kinky partner’s needs and that’s great. But sometimes a vanilla partner can’t do it or is incapable of faking it or does it poorly on purpose so they won’t be asked to do it again. And for some kinksters the awareness you’re being indulged makes it impossible for you to get into the right subby headspace. If either is the case, you’ll have to outsource these desires to fill that void.

If your boyfriend gives you the okay and has a little breakdown after you get home — if it dredges up some unexpected feelings (and you should expect that it will dredge up some unexpected feelings) — and needs some reassurance, that’s fine. Answer any questions he has and let him know you’re not going anywhere; indeed, the fact that you don’t have to choose between him and your kinks makes you far less likely to end this relationship. (Sometimes people who weren’t even in the dungeon during the scene need a little aftercare too.) But if you’re careful not to neglect your boyfriend sexually or emotionally and your kinky dates are just an occasional thing and your boyfriend keeps having great, big, dramatic meltdowns, GAYSUB, then that’s a bad sign. If he punishes you with drama every time he gives you his okay to play with someone else then he’s hoping you’ll decide to stop seeking these experiences out because the emotional price is too great. You won’t be able to remain in this relationship if that’s what winds up happening, GAYSUB, so you’re going to wanna act on your kinks at least a half a dozen times before you get a dog or a mortgage.

My new boyfriend just opened up to me about his kinks. Nothing crazy: just bondage and humiliation. While he usually meets and dates guys off kinky dating sites we met “the old-fashioned way” a few months before COVID-19 slammed us here in Chicago: at a potluck dinner party thrown by a mutual straight lady friend. Your name came up during the conversation about his interests: he told me he was taking your advice and “laying his kink cards on the table” before I had made too much of an emotional commitment. What’s interesting to me, Dan, is how often this happens. My boyfriend is easily the fourth guy I’ve dated in the last few years who laid down the exact same kink cards: wants to be tied up, wants to be called names, wants to be hurt. I’m learning to tie knots and getting better at calling him names when we have sex and I actually really enjoying spanking him. But I was talking with a friend — our straight lady mutual (with the boyfriend’s okay!) — and she told me she’s never had a straight guy open up to her about wanting to be tied up abused. Are gay guys just kinkier?
-Talking Over Perversions

I have a theory…

When we’re boys … before we’re ready to come out … we’re suddenly attracted to other boys. And that’s something we usually feel pretty panicked about. It would be nice that first same-sex crush was something a boy could experience without feelings of dread or terror, TOP, but that’s not how it works for most of us. We’re keenly aware that should the object of our desire realize it — if the boy we’re attracted realizes what we’re feeling, if we give ourselves away with a stray look — the odds of that boy reacting badly or even violently are high. Even if you think the boy might not react violently, even if you suspect the boy you’re crushing on might be gay himself, the stakes are too high to risk making any sort of move. So we stew with feelings of lust and fear.

Sexual desire can make anyone feel fearful and powerless — we’re literally powerless to control these feelings (while we can and must control how we act on these feelings) — but desire and fear are stirred together for us gay boys to much greater degree than they are for straight boys. We fear being found out, we fear being called names, we fear being outed, we fear being physically hurt. And the person we fear most is the person we have a crush on. A significant number of gay guys wind up imprinting on that heady and very confusing mix of desire and fear. The erotic imaginations of guys like your boyfriend seize on those fears and eroticize them. And then, in adulthood, your boyfriend want to re-experience those feelings, that heady mix of desire and fear, with a loving partner he trusts. The gay boy who feared being hurt by the person he was attracted to becomes the gay man who wants to be hurt — in a limited, controlled, consensual and safe way — by the man he’s with.

On the Savage Lovecast: Would you choose to live in … Kansas?; mail@savagelove.net; follow Dan on Twitter; read past Savage Love columns here.

The Seeker: Putting Pen to Paper as a Late Bloomer 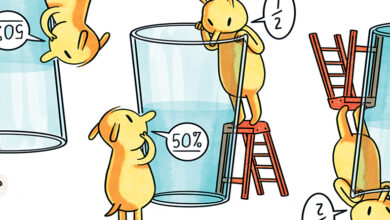