It’s an inarguable equation that serves as the basis for a new dinner series titled Serving the Culture (STC), brought to you by a few of Charlotte’s culinary creatives who share a passion for cuisine and classic verses. The next event in the series will take place on Saturday, September 28, at Sage Restaurant & Lounge in Uptown’s First Ward.

This isn’t just a dinner party with a DJ. Each Serving the Culture iteration is based on a chosen hip-hop group and, from there, all menu items are centered around that group’s personality, music and effect on the culture. In June, STC held a Wu-Tang-themed event that integrated Chinese martial arts, pop culture references, comic books, Biblical tales, Greek mythology, numerology, Zen Buddhism and more.

This time the focus is on the legendary hip-hop duo from down I-85 South: Outkast. The “SpottieOttieDopalicious dinner” is named after the iconic song from Big Boi and André 3000’s Aquemini album, if you’re not up on things already.

STC co-founder Shelton Starks said his love for cooking began when he was a teenager. The necessity was born of his mother’s crack addiction, leaving him to feed and take care of his two younger brothers much of the time.

“I started liking it a lot. I started watching cooking shows on PBS and I grew to love it,” Starks recalled.

He once started a catering company but eventually decided to shut it down to spend more time with his kids. However, he remains available for private parties as a side hustle.

His shared love for cooking, the culture and food served as the inspiration behind STC, he said. “If it’s good music, it’s good music. I just love music period but hip-hop has a special place in my heart.”

Starks grew up in the early days of hip-hop, days of beatboxing and breakdancing, and said he loves everything about the culture. He added that he still loves the music being released today, though it’s not popular with many folks his age.

Starks connected with fellow Charlotte chefs Greg Collier and Calvin Wright at an event they worked together about a year ago, he said, and eventually pitched them both on the idea for a hip-hop themed dinner. Collier had a lot going on at the time, which delayed plans for a bit, but they were all able to reconnect in April of this year to get things rolling.

They also brought on Jamie Barnes from the What the Fries food truck and Oscar James. From there, they brought on local mixologist Yashira Mejia, aka Yoshi, who recently left Loft & Cellar to strike out on her own, to take care of spirituous needs.

The Wu-Tang dinner featured nine courses, one for each member, but the SpottieOttieDopalicious dinner will be slightly different. Since Outkast has only two members, the chefs will serve eight courses based on different songs from the duo. Attendees can expect items like Panca Chilli Braised Short Rib, Monte Carlo Mornay, Mushroom Cracklin’ Hoecake and much more (might we suggest 3 Stacks of pancakes?).

Mejia will also serve a cocktail crafted specifically each course. Besides the food and cocktails, attendees will try to prove that they, like the South, have somethin’ to say with Outkast trivia keeping the crowd engaged between courses.

Starks, who defined the experience as “the music taking center stage to the food,” said he’s looking forward to the upcoming dinner, a mash-up of cultures that’s unmatched around Charlotte. “I want for everyone to have a good time, enjoy the food, and for them to get an overall experience through the music and the food versus the typical pairing of food and wine,” he said.

Though this event has sold out, stay tuned to Shelton’s Instagram for news on the next one. 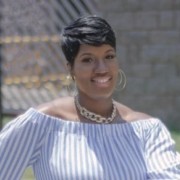 Guns N' Roses Still Got It