Charlotte City Council member Malcolm Graham recently wrote an editorial in the Charlotte Observer about the area in Charlotte known as “Tent City,” a large collection of homeless encampments, primarily on the northern end of Uptown on North College, West 12th and North Tryon streets. He argues that resources to support Charlotteans currently living in tents are already in place and that it’s simply a matter of redirecting people, setting a deadline and closing the camp. I am deeply troubled by Graham’s distorted perspective.
His voice is one of many confidently speaking out about how Charlotte leaders will “solve” this problem while ignoring how decisions about how space and resources are allocated in Charlotte played a major role in creating the problem they are now so confident they can solve.
I recently reviewed some video interviews I conducted through my nonprofit Hope Vibes during the first week of COVID-19 shutdowns and came across a conversation we had with a homeless neighbor named Anthony. Listening again, I had a disturbing and amazing realization: Our neighbors didn’t create the Tent City we see today, we did. Let me explain.
When COVID-19 hit our region back in March 2020, our shelters, based on CDC recommendations, were forced to significantly reduce their number of residential intakes to allow for social distancing. They were forced to send people seeking shelter away with a tent and sleeping bag. City leaders allowed them to set up near the Roof Above Day Services Center, formerly known as Urban Ministry Center, to be in close proximity to available resources. As the number of individuals experiencing homelessness increased, that area became more and more populated. When addressing Tent City, we must not forget how and why Tent City was formed. We must not punish our homeless neighbors for living in a space we all designated for them.

Graham, citing the additional capacity of shelters and motel rooms, argues there are plenty of open beds available for individuals living in Tent City. Graham speculates that many of our homeless neighbors don’t want to stay in the allocated congregate spaces because of fear of COVID-19. But many people refused to stay in the shelters prior to the pandemic.
When I talk to our neighbors on the streets, the number one reason they tell me they choose not to stay in shelters is that they aren’t safe. The number one reason I hear for not staying in the designated motels is that they don’t meet predetermined qualifications. Just a few weeks ago, I was talking to a lady in the encampment who told me, “I tried to go and get one of those rooms and they told me I don’t qualify. Here I am, working a full-time job, trying to get my life together, staying out here in this tent … but they say I don’t qualify.”
How do we respond to people like her?
The narrative that’s so often pushed by people in positions of authority is that the majority of people living on the streets are out there because they want to be. “They are on drugs, they have extreme mental health issues and they don’t want better for themselves.” We are reassured that solutions are already in place, but folks experiencing homelessness are “too self-destructive” to access them. Are there individuals experiencing homelessness who struggle with addiction, mental health and motivation? Yes, just as a portion of people with housing have these same struggles. But the vast majority of the people we serve week to week are unhoused for one reason: Charlotte lacks affordable housing. The “solutions” Graham assures us are in place do not address the primary driver of homelessness.

Charlotte has devoted a lot of financial resources to addressing homelessness. But that’s where many of us who serve this community struggle. Graham himself mentions the city has dedicated $30 million towards Tent City since the wake of COVID-19. The question I’m often asked by both citizens and homeless neighbors living in the various tent camps and shelters — pre-and post-COVID-19 — is where exactly do all these resources end up? Just two weeks ago, Charlotte City Council approved a multi-billion dollar plan, ($8-12 billion, yes, with a “B”) to extend the light rail to Matthews and Gaston County. It’s hard to hear leaders say there’s not enough funds to adequately address homelessness in our city. Lack of resources isn’t the real problem, it’s lack of will.
In December, the city worked with partners to fund the purchase of a motel for $5.45 million to transition people from the streets into short-term housing. The building’s renovation will cost another $12 million. But the finished product will only contain 88 single units. The most recent count of individuals experiencing homelessness in Charlotte-Mecklenburg is over 3,000. How is it a solution to spend $18 million to serve only 88 people?

Renovating old motel buildings is an approach adopted by other regions, but Charlotte could make a different choice. We could lead the nation in innovative disruption. How many non-traditional housing solutions or rent subsidies could we have funded with that $18 million? Our city is full of creative, community-focused solution cultivators who are ready to lead new initiatives. Instead of always listening to the same leaders who got us where we are, why don’t we allow others — maybe even our homeless neighbors — to create new solutions?

Leveraging the local talent we already have, we can more efficiently allocate these funds to create long-term affordable housing opportunities with appropriate programming that help more people get back on their feet and change the narrative for how we help people experiencing homelessness on a local and national scale.

Mr. Graham is content with getting rid of the “eyesore” of tent city. But many of us want to disrupt the systems that created it. We don’t care how the tents look in contrast to the impressive skyline, we care that our most vulnerable neighbors — many of whom are working the minimum wage jobs our city depends on — don’t have anywhere else to live. Tent City isn’t new, it’s newly visible. People have been living in tent cities in the shadows of Charlotte for years. Why didn’t we care about Tent City then — or do we only care now because we can see it?
Mr. Graham calls for a team of leaders to work to disband the camp humanely; I’m calling for a team of leaders who will work to aggressively pursue tangible, implementable solutions to house our neighbors. Let’s fill that team with individuals who work outside the current systems, think outside the box and are willing to take creative calculated risks. The real movers and shakers in our city aren’t interested in another task force or committee to just talk about the problem.
We don’t want to create plans that will sit on the shelf for years as a meaningless monument of faux success. We want creative exit strategies that can be implemented now to help people transition into safe and secure housing while simultaneously walking alongside them in a journey to total life wholeness and stability. If Charlotte-Mecklenburg really wants to move the needle on ending homelessness in our city, we must have leaders who will, without compromise, prioritize people over appearances. Without this firm foundation, all local efforts to shift the narrative of homelessness in our city are dead-end streets.
Adrienne C. Threatt is the executive director of Hope Vibes Inc., a local nonprofit developing creative exit strategies to end homelessness through direct relief, research, innovation, advocacy and systemic disruption. Hello Homelessness is a new Hope Vibes advocacy initiative created to re-introduce the true faces and facts of homelessness in Charlotte and throughout the nation. Learn more about their work in the Charlotte region by visiting hopevibes.org.
Become part of the Nerve: Get better connected and become a monthly donor to support our mission and join thousands of Charlotteans by subscribing to our email newsletter. If you’re looking for the arts in Charlotte, subscribe to the paper for the most in-depth coverage of our local scene. 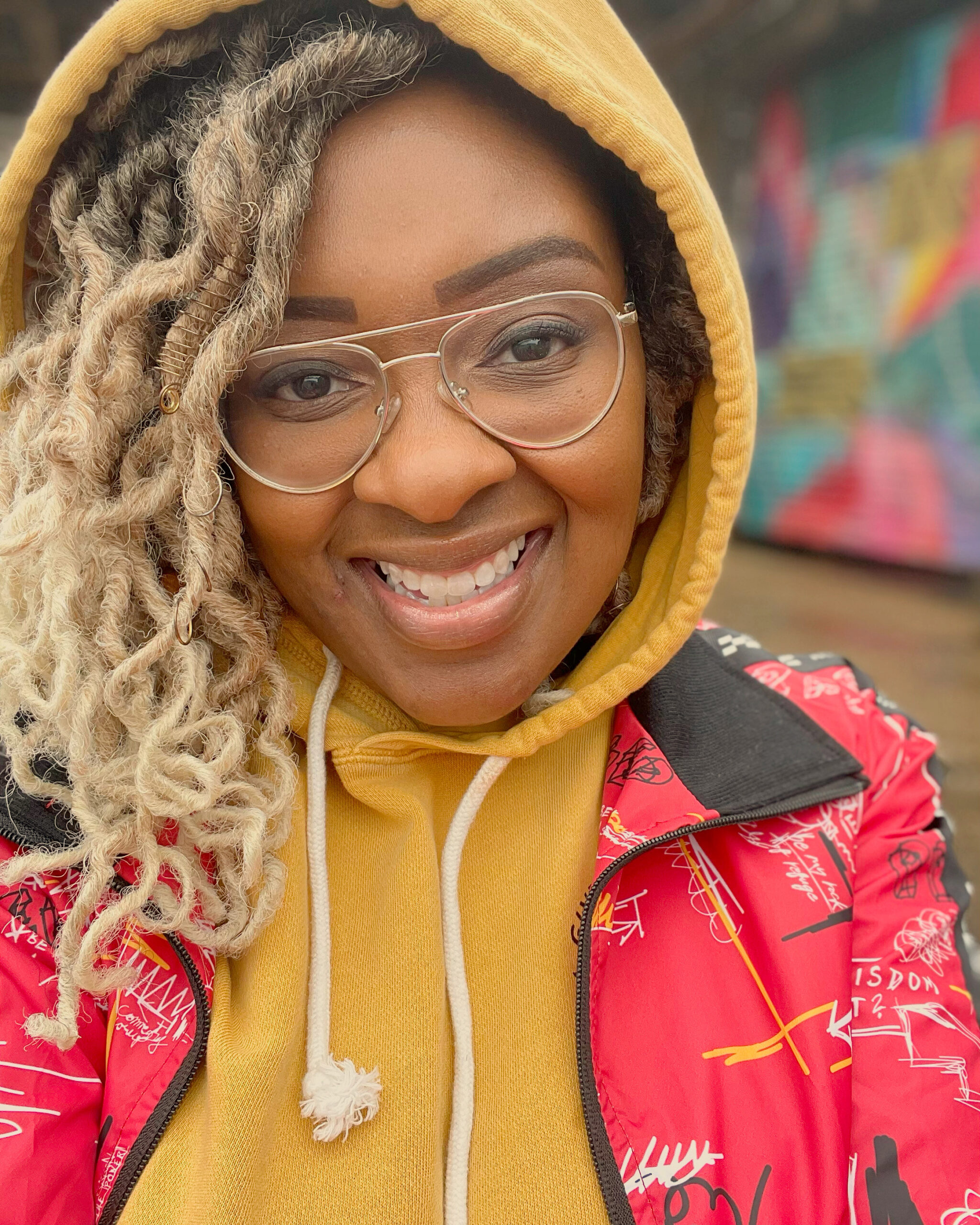