The first time I went to the Regal Manor Twin — known by most in Charlotte as The Manor or Manor Theatre — I was a freshman at Davidson College. It was 2006. My hallmate Kate had a shared affection for art-house cinema and Little Miss Sunshine was garnering rave reviews. We trekked down I-77 one Saturday evening, taking a few wrong turns along the way (no GPS, alas!). We arrived late and were turned away at the box office — they had sold out. The old-school marquee boasted one other option that wasn’t appealing (only two choices! Imagine that!), so we journeyed back to campus without ever having stepped foot inside.

I went back a year later on a date with my then-boyfriend, now-husband. It was my sophomore spring, and I had slumped hard that year. I was homesick and the “Davidson Bubble” was beginning to feel suffocating. “Let’s go into Charlotte,” Conor had suggested. I was only 19 and we were broke, so our activity options were limited. We settled on The Manor, deciding to watch an adaptation of Jhumpa Lahiri’s acclaimed novel The Namesake.

The movie was beautifully done, but I was equally smitten with the theater itself. Local art on the walls! Vintage carpet! A quaint upstairs bathroom! With a retro powder room area! So much unassuming charm. It reminded me of an urbanized version of the indie movie theater in my hometown. It felt like home.

And through the years, it was. The Manor became a date night staple for us, and I’d argue it has made me a smarter human being. So many of the movies I saw there pushed me to think about the world in a different way. And I loved that I could rely on it as a quick cultural gauge at dinner parties — if ever I heard a new acquaintance talk about going to the Manor, I instantly knew we had shared values in common.

My phone was abuzz today with texts from friends about the devastating, albeit unsurprising, news of the theater’s closing. “Sad that we can’t even catch one final film here,” one friend wrote. It was Charlotte’s first movie theater, and eventually became the city’s last remaining arthouse theater.

The last movie I saw at The Manor was Parasite. I went alone on a stormy Saturday in February, clad in sweatpants, a bit of red wine poured into my toddler’s sippy cup (safe from spillage!) tucked out of sight in my purse (sorry, Regal!). The film was stunning. Literally. As the credits rolled, I sat frozen in my seat, unable to move, my head spinning with a slew of questions. It wasn’t the first time that had happened to me there, but at the time I didn’t realize it would be the last.

This news hits hard because it is forcing me to accept that even as we begin to reopen, we are going back to a different landscape — a changed city. I’m not naïve enough to believe that The Manor would have survived forever and ever even in a pandemic-free world. It’s hard to say how long it could have stuck around if not for COVID.

But this much I do know: The Manor’s departure leaves a gaping hole in our city’s already lacking cinema scene. And as the credits roll on this beloved 73-year-old Charlotte film institution, we are faced with a slew of questions: Will we fill it? How? With what? And when?

If you enjoyed this, read The James K. Polk Building, a Eulogy. 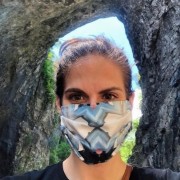