Gastonia rockers The Menders have gone through a lot of changes since the band’s inception in 2011. Members came and went for various personal and professional reasons, but the five-piece outfit finally settled on the ultimate lineup, so they say.

“This is the final lineup of The Menders. If [anybody] quits, the band is over,” guitarist and vocalist Jesse Watson told Queen City Nerve with certainty.

In mid-March, the final iteration of The Menders will step into the studio to record a third album, but just as much as the band will look a little different than it did when it released Nina in 2017, before Hyde’s arrival, it will sound different, too.

The Menders have been staying true to their name, tweaking things and fixing them up, redefining their sound.

“We’ve been calling it ‘garage folk’ but that term has fallen by the wayside,” Forbus stated. “This record is going to be more ’60s and ’70s rock to me.”

The new collection, The Devil’s Reel, will be a darker exploration into their music and skills, the members agreed.

“It’s a broody record,” Watson said. “It’s got, musically, some of the biggest things we’ve tried to pull off.”

Throughout the album, listeners can expect to a whirlwind of sin, the good and the bad parts of it.

“There’s a lot of lyrics and songs about the joy of sin and I like to equate it to a Simpsons quote where Homer says, ‘Alcohol: the cause of and solution to all of life’s problems.” Watson explained. “And I feel the same way about sin. Sin makes life fun, but it causes a lot of problems.”

Hyde elaborated: “[The Devil’s Reel] does a really good job of taking you into sin and like, almost giving you that rollercoaster ride of coming back out of it saying, ‘Oh shit, this isn’t what I really wanna do. OK, maybe one more time.’”

The moody and brooding lyrics are a collaboration between Watson and Boswell, who co-write the songs and switch off on lead vocals. While Boswell worships David Bowie, Iggy Pop and Lou Reed and Watson is heavily influenced by The Beatles and the open-hearted lyrics of Pinkerton-era Weezer, the lyrical content between the two remains largely similar set to the tune of rock and Southern gothic influences.

If you can’t wait until the release of the album to see what The Menders has compiled, not to worry. The band will be playing The Devil’s Reel in its entirety at Petra’s on March 1 at 8 p.m. with The Gone Ghosts and Wes & The Railroaders.

The Menders enjoy the second spot in the lineup, which they call the sweet spot.

“[If you play first] not everyone’s gonna get there on time, that’s just realistic” Forbus said. “By second slot, most of the people that are going to be there are there or trickling in the door. And everybody’s had at least a drink or two.”

At the end of the day, Watson, Hyde, Boswell, Anderson and Forbus wouldn’t want to play with anyone else, which is good because they swear they won’t. Since the arrival of Hyde, the band has grown not only musically, but grown closer as friends and brothers.

This means living close enough to each other to grill out a few times a week, shoot photography for family weddings and be part of each other’s lives.

The Menders hope they can be a part of their fans’ lives through their music as well. They like taking requests at their shows, because in the end, that’s who they’re here to connect with.

“You’re creating a song that hopefully somebody will be able to benefit from and say, ‘That helped me,’” Hyde said. “That’s the ultimate goal as a musician.” 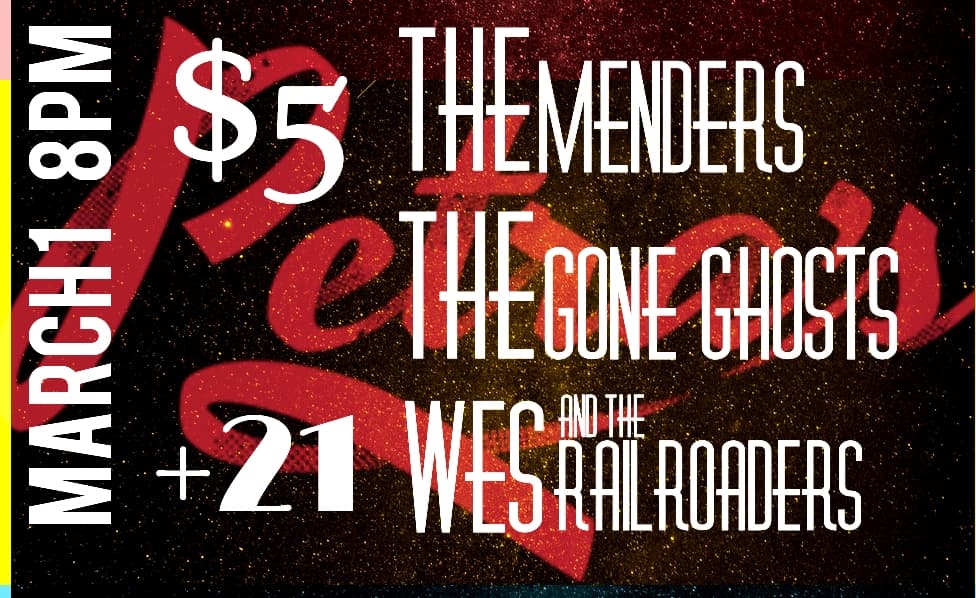