With the benefit of hindsight, we can see more clearly that Neil Simon and his esteemed stablemates — Woody Allen, Larry Gelbart and Mel Brooks — who all wrote for Sid Caesar during the early days of television, didn’t simply disperse into the realms of stand-up, movies and theatre for the obvious practical reasons. Autonomy, fame and fortune were surely enticing, but so was the satisfaction of working in longer forms than TV sketch comedy or a star comedian’s monologues.

Come back to The Odd Couple — or revisit Bananas and Zelig, A Funny Thing Happened, Tootsie, The Producers and Blazing Saddles — and we see a mature writer working beyond the limitations of zany characters and snappy one-liners. Simon develops his Oscar and Felix, tells a full-length story about them, and keeps the hilarity going. Entering Theatre Charlotte, where Jill Bloede is directing a highly animated Odd Couple revival with a professional-grade cast, I wasn’t thinking that I’d be seeing this old cash cow so freshly.

Somehow the difference between this 1965 comedy and TV sitcoms of the same era — including the spinoff Odd Couple sitcom that came to ABC in 1970 — suddenly seemed rather radical. The cardinal rule for most 22-minute sitcom writers back then was to hit the reset button at the end of each episode so that next week’s episode would start out as if this week’s had never happened. On Broadway, you could expect the uptight, neurotic, neat freak Felix to wear out his slovenly pal Oscar’s patience by the time the curtain came down. On TV? No way. Felix made himself at home in Oscar’s Manhattan apartment for nearly five seasons.

Many in the sold-out house at the Queens Road barn on opening night were struck even more freshly by Felix, Oscar, their poker-night buddies and the neighboring Pigeon Sisters. Unless the younger people in the house had been hooked on the Matthew Perry reincarnation of the sitcom during 2015-2017 on CBS, they likely hadn’t run into much Simon or Oscar in their lifetimes. I was a little taken aback when I came home, double-checked, and found that I’d only seen Odd Couple once in Charlotte during the last 30-plus years, back in 2007 at CPCC.

On the other hand, this comedy staple had been quasi road-tested at Theatre Charlotte when the Female Version — with Florence, Olive and a klatch of Trivial Pursuit-playing women replacing the poker buddies — dropped by in the summer of 2012. Bloede also directed then, an overachievement that certainly warranted her current return engagement.

Whether it’s Lady Bracknell or Lucy Ricardo, Bloede knows her comedy, and she has prospected long enough in Charlotte to be able to mine its finest talent. Doesn’t look like she had to twist any arms, either. For her Oscar, she landed the most experienced Simon exponent in town, Brian Lafontaine. Breaking in to Charlotte theatre from 1992-1994, Lafontaine played leads in three of Simon’s comedies, Brighton Beach Memoirs and Biloxi Blues on Queens Road – and Lost in Yonkers at Charlotte Rep.

Bloede goes edgier and high-energy for her Felix with Mark Scarboro, who first carved out his eccentric niche in 2001-02 with standout performances in Thumbs, The Pitchfork Disney, and Fuddy Meers. Yet Bloede has Lafontaine playing the 43-year-old Oscar with more energy than I’ve ever seen from this slovenly New York Post sportswriter. If she’s going to turn Scarboro loose to be as anal, neurotic, outré and irritating as he can imagine Felix to be, then she’s returning the favor to Lafontaine and turning him loose to be as irritated, provoked and out-of-control as he can imagine a devout 44-year-old slob can be.

No less pleasurable is the build-up to Felix’s first entrance. That’s because Bloede has a deep bench sitting around Oscar’s dining room poker table supporting her stars. If we’re returning to Odd Couple, we’re likely surprised to find that Felix isn’t going to show up until we’re 17 pages into the script. Even Oscar isn’t onstage at the outset in his own apartment! Simon’s poker preamble steadily stokes concern for fragile Felix’s welfare in the wake of his breakup with his wife, but there’s already hostility and comedy shtick at the table before the two marquee combatants show up.

Just watch Michael Corrigan and Patrick Keenan at work, sparring as Murray and Speed, and you’ll see that Bloede has selected a second comedy team for us to revel in, very much in the same Felix-Oscar, Laurel-Hardy template. Decades ago, when Corrigan was younger and slimmer, he tended to remind you of Tim Conway, so the particular quirks of Murray the policeman come readily to Corrigan — his exasperating slowness in shuffling cards and his alarmist reactions to any new news about Felix. Keenan is the master of the slow burn and the bellowing explosion, repeatedly supplying perfect exclamation points to punctuate the comedy.

Tall and lanky Matt Olin is the perfect choice for the spineless Vinnie, the guy Murray and Speed can both agree to pick on, the dutiful husband who submits to his wife’s curfew, and the man who deeply appreciates Felix’s sissy sandwiches. Meanwhile, Lee Thomas continues to ply his teddy bear charm as Oscar’s diffident, occasionally witty accountant, Roy.

If you’re worried that Bloede might be taking PC pains to update the Pigeon Sisters and present them as more evolved, rest easy. Vanessa Davis as Gwendolyn and Johanna Jowett as Cecily stay true to their origins — Davis the flirtier sister and Jowett the more empathetic bleeding heart. Set designer Rick Moll, costumer Yvette Moten and sound designer Rick Wiggins have all climbed aboard Theatre Charlotte’s retro train. With a soundtrack that includes James Brown, Petula Clark, Jack Jones, Herb Alpert, and The Shirelles, Bloede and her all-pro cast are bent on taking you back to the ‘60s, like it or not. I’m betting you’ll like it. 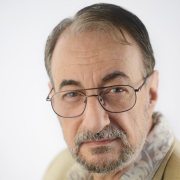 A Complete Guide to Connect with Culture Days 2020 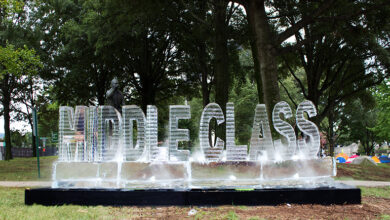 LigoranoReese Opens School of Good Citizenship Despite No RNC 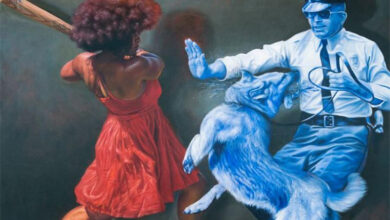 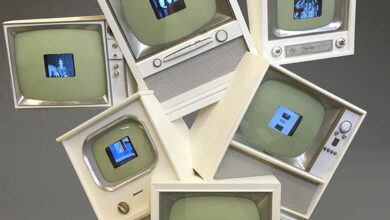