It can be a daunting task to keep up with the constant stream of names that come and go from the music scene. Each decade holds certain styles that make recalling the world at those points easier and nostalgia more accessible. So, what then can listeners and historians say about bands like The Rolling Stones, who have not only grown bigger than the era they started in, but have spanned over a half-century with the same energy they achieved at their peak, and then some?

The Rolling Stones returned to vaguely familiar surroundings at Bank Of America Stadium on Thursday — it was named Ericsson Stadium during their last trip in 1997 — to carry a unique torch in those respects, playing for a packed-out crowd and raising the spirits around them with their iconic brand of rock ‘n’ roll.

Kicking off at around 7:30pm, Pittsburgh’s Ghost Hounds brought some of their own flair to the occasion, setting just the right tone for the main event. Infusing country and blues stylings into their set, the Ghost Hounds took the audience back to a rustic scene from the South, keeping the energy flowing as vocalist Tré Nation kept constantly on the move, showing off all the charisma that he and the band displays so powerfully in their recent sophomore album, A Little Calamity.

As the time came for the Stones to finally take the stage, a somber feeling came fast as images and video clips featuring Charlie Watts covered the screens. His Aug. 24 death happened a month before the start of their rescheduled No Filler Tour, and the tribute hit hard, with the band gathering onstage after opening with “Street Fighting Man” and “Let’s Spend The Night Together.”

As the remaining members put arms around each other, vocalist Mick Jagger weighed in, brought almost to tears remembering Watt in his own words and thanking fans for sharing their memories of the legendary drummer. As Keith Richards laid a hand on Jagger’s shoulder in support, the singer summed up his feelings with a declaration: “This is our first show without him in 59 years, so, we’d like to dedicate this show to Charlie!” Steve Jordan, who played for Richards’ side project X-Pensive Winos, stepped into Watts’ massive shoes, paying full honors to the setlist.

The show kicked back off with “Tumbling Dice,” with the audience and band more in sync than they had started. Watching Mick Jagger move effortlessly around the stage and ramp showed that, despite him reaching his 70s, time barely has a hold on him when he’s in the spotlight.

Jagger caused a stir in Charlotte on Wednesday night when he casually appeared at the Thirsty Beaver for a few pints, going so far as to take an Uber there and back, with the only proof of the incident being one photo in front of the local venue. As if unfazed by the fame and attention involved with being one of the world’s biggest stars, Jagger keeps a youthful, humble mindset, on or off the stage.

Through mesmerizing visuals displayed on the four big screens to the occasional pyrotechnics, The Rolling Stones remained as in tune as ever, playing hits like “You Can’t Always Get What You Want,” “Honky Tonk Woman,” and “Paint It Black.” Following a lineup voted on by fans in a contest held on the band’s social media, 1969’s “Let It Bleed” came in the middle of the set.

Gathering fans as old as the members themselves as well as newly-minted faces, the band threw up a copy of the poster from their first tour in the city, playing on a Monday in November 1965 at the Charlotte Coliseum, formerly located off of Tyvola Road. If nothing else, the callback showed how close the memories stay to the Stone. Jagger even shouted out those who are native to the area, calling them “unicorns.”

All the way to the end of the encore, which included hits “Gimme Shelter” and “Satisfaction,” the band remained impressively energetic. The action never felt slow, and the energy was constant, even as Richards took over the lead role for “Slipping Away.”

There remains no barrier that separates the Rolling Stones from competing with modern acts. To say that The Rolling Stones have not lost their swagger after 59 years of making music and touring the world would be a huge understatement. In their return to the Queen City, Jagger and Co. showed that not only do they still have the energy that makes them so legendary in the first place, but even after all these years, the band remains timeless by keeping a fresh mindset in the modern era. 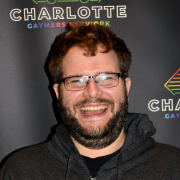 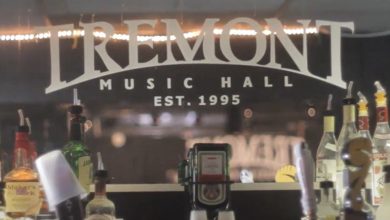