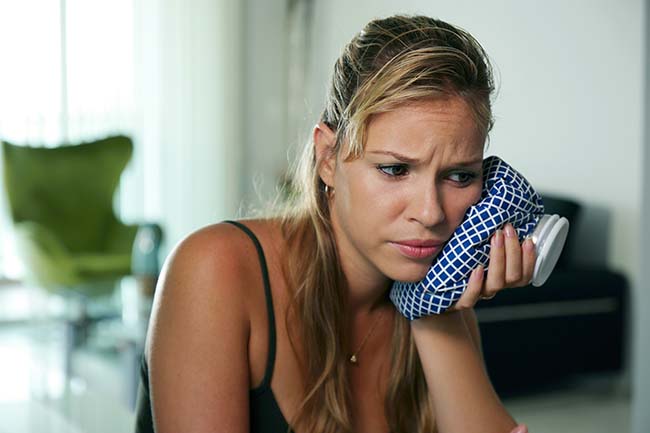 THAT BITES A 57-year-old man filed a police report after porch pirates struck at his home in the University area of north Charlotte. The man said that someone stole a package off of his porch at around 6:30 p.m. When asked to list what was in the package, the man simply wrote, “Small bag of teeth.”
SHOW AND STEAL Police responded to a recent home break-in in north Charlotte after an unknown man broke into a house while a 64-year-old woman and a 12-year-old girl were inside. The man took $3,400 worth of jewelry while he was inside the home — including a rare gold locket with diamonds and a gold Gucci watch — and somehow before leaving found time to expose himself to the older woman in the house.
HOT ITEM Most of the crimes reported out of Ballantyne just scream privilege, but one recently reported theft read more like a report from a hipster neighborhood (with privilege). A man called police to Sugar Donuts in the Ballantyne area after losing a valuable vintage item when he set it outside of the store in the early morning hours of a Saturday morning. The man told police that his vintage espresso machine worth $2,000 was stolen from in front of the store at 4:15 a.m., though why it was there at that time is anybody’s guess.
PRETTY WOMAN If you’ve got actual police officers coming to your house to resolve what they officially call a “breach of trust issue,” it’s a bad sign regarding your romantic relationship as a whole. Police went to a home in east Charlotte recently to solve a dispute between a 22-year-old woman and her boyfriend. The call didn’t involve domestic violence or anything of the sort, but was more of a business dispute. According to the report, “the victim stated that her boyfriend has not paid her for the work details that she has completed.” What are these details and why does he have to hire you to do them in the first place? Are you the maid? His career consultant? His mechanic? I need to know all the details from this one. For their part, police, didn’t need any more details; they told the couple the dispute was a civil matter and filed a non-criminal report.
INCOMING There are plenty of reasons people have stopped going to the movie theaters to see new flicks — streaming services, $20 sodas, fear of a mass shooting — but you can add a new one to the list after an incident that occurred at Northlake Mall AMC on a recent Saturday night. According to the 47-year-old Mount Holly woman who filed the police report, she was in the theater watching a movie with her 11-year-old daughter when an unknown suspect sitting behind her suddenly launched a drink into the front rows, landing on a seat next to the young girl and splashing all over both victims.
DOG GONE There are so many damn places you can go in your own living area to rescue or buy a dog, there’s really no reason to be ordering one from across state lines. That’s what one Indiana woman did, however, and she paid the price, literally. The woman told CMPD that she contacted a person who was selling a dog from their home in Charlotte through a website. The Indiana woman sent the seller $500 through Western Union, only to receive a response asking for more money to buy a special cage to transport the dog far distances. No need to worry, the seller said, the buyer in Indiana would be refunded that money once the cage was returned. That’s when the buyer became suspicious and did something she should have done in the first damn place: sent a Charlotte-area friend to the home, located near Latta Plantation, to pick the dog up. According to the succinct report, “There was no dog.”
TEARS FOR FEARS A 59-year-old woman was simply trying to do some grocery shopping in east Charlotte recently and ended up with minor injuries, caught in the crossfire of a conflict she wasn’t involved in. The woman told police that she was in a Food Lion on Idlewild Road at about 3:40 p.m. when suddenly a fight broke out between two people in the store. It’s unclear whether security stepped in or one of the fighting parties was packing, but the woman said that she was injured by exposure to pepper spray during the melee. Luckily, she suffered only minor injuries and refused treatment from MEDIC.
All Scanner entries are pulled from CMPD reports. Suspects are innocent until proven guilty.