You may have heard by now that multiple yoga studios have permanently shuttered in the wake of the COVID-19 pandemic; a conspicuous void that will be no doubt felt by the community once we return to “normal’. Amidst the unknown future we collectively share, NoDa Yoga has launched a crowdfunding campaign seeking the city’s support to prevent becoming yet another statistic among local, small-business closures. Many yoga studios and similar businesses have struggled to find an effective pivot over the last six months.

Co-owners Jillian Longsworth and Craig Rasmussen launched a GoFundMe campaign on August 7, about a month before yoga studios were allowed to reopen at 30% capacity as part of Phase 2.5 of the state’s plan to reopen. The two were kind enough to describe their current state of affairs over a mid-morning Zoom call.

NoDa Yoga is a boutique yoga studio located above Cabo Fish Taco in the crux of the NoDa neighborhood. Part of what makes the space so exceptional is the various styles of yoga offered, and the trauma-informed approach the majority of teachers take during class.

“What NoDa Yoga is known for is, number one, most people that take our classes, we know their name … You feel at home when you enter into this space,” Longsworth said.

As a practitioner at NoDa Yoga, I fully understood when she described the staff’s enjoyment of meeting us where we are when we walk in, allowing us to find our home within our own bodies — a sense of homeostasis, if you will.

Also, the NoDa Yoga team is known for their work with veterans. They offer discounted and free classes to folks who have served, as teaching people who have experienced chronic pain, chronic illness, and PTSD is a passion of Longsworth’s.

“We’re known throughout the mental health community for being a trauma-informed studio,” Jillian explained.

It’s not only veterans’ organizations that refer clients, but mental health therapists and organizations like Love Your Brain, a nonprofit that improves the quality of life of people affected by traumatic brain injury. During our video chat, I couldn’t help but notice the Love Your Brain t-shirt Jillian rocks, punctuating her fondness for the organization and the work they do together.

About 90% of NoDa Yoga instructors have trauma-informed certification backgrounds. This means these yoga teachers have a solid understanding of what trauma is, how it affects us, and how to approach trauma within a yoga setting.

Additionally, each class, despite varying by style, caters to every body type, age, and ability. Jillian and her team have a passion for “accessible yoga” — a business practice based on the concept of everyone, deserving the opportunity to access a yoga class regardless of income.

Under the Noda Yoga umbrella is Bella Vita Yoga Teacher Training, co-founded by Longsworth and Carrie Wren, a close friend and fellow yogi.

Through Bella Vita and NoDa Yoga they have created a more accessible practice so that anyone can take a class knowing it doesn’t have to look a certain way, and that it may look different simply because of each individual’s structure. As someone who often feels pressured by the yoga trend on social media, I find this to be a refreshing perspective.

NoDa Yoga has been shut down for in-person classes since March 17. That’s a long road to Sept. 5, when Phase 2.5 took effect. In the meantime, the team evolved to offer online classes only. Longsworth took out a small loan from the Small Business Association, but didn’t want to overdo it.

“We did take out an SBA loan and what I need for people to understand … is when you’re taking out multiple loans, when you have no revenue coming in, that’s a lot of money you’re expected to pay back,” she said. “You’re going to play catch up for two or three years”.

She then explained why the grant process is interesting during these times, as well. Gyms and yoga studios may have a larger independent contractor-to-employee ratio than, say, restaurants, which have mostly employees working in-house.

“These grants that are being offered don’t allow for the language in the grant for contractors,” she explained. This means grant applications are requesting small businesses to provide payroll tax information and W-2 tax form shows — information that may not be accessible or applicable in the case of yoga studios or gyms.

Before COVID-19, there were plans to open a second studio location in the Oakhurst neighborhood. Thankfully, the landlords have been gracious and willing to work with NoDa Yoga through their plight. Despite the threat of closing and a revenue drop of around 80%, Jillian appeared brilliantly optimistic during our Zoom interview.

While it’s promising to see the fundraiser has surpassed its halfway mark of the $20k goal, NoDa Yoga still needs our help as a community. If donating funds is unthinkable during this difficult time, a free alternative is simply sharing the GoFundMe on social media. If you have a favorite teacher, why not give them a shout out? If you have a favorite class, why not use your voice to share what you’ve experienced?

NoDa Yoga has committed to serving us for so long. Now is our opportunity to give back. 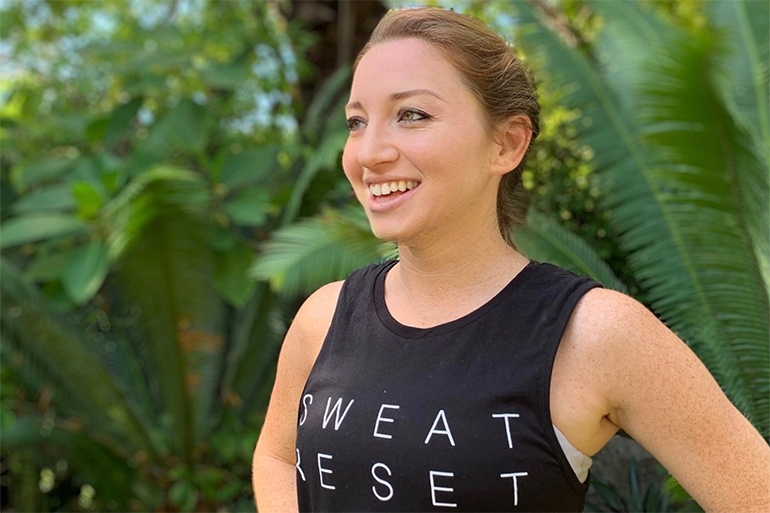 Editor's Note: Transparency Is Not Accountability

Savage Love: All Choked Up