Peace and the Middle East — they just don’t seem to belong in the same sentence, do they? Every week, we hear about a new flareup, a new conflict, a new bombing and more death. It’s for that reason that Oslo, the 2017 Tony Award winner for Best Play by J.T. Rogers, is what we in the journalism world call an evergreen story — always relevant, as unfortunate as that is in this case. On May 23, a Charlotte-area premiere of the play will arrive at Duke Energy Theater in Spirit Square and run through June 1.

Beginning with a guerilla production of The Vagina Monologues at the WineUp wine loft in NoDa six years ago, Three Bone has grown gradually to the point where artistic director Robin Tynes feels ready for the challenge that Oslo presents. Ready or not, the play will be a substantial stretch for the small theatre company.

There are more than 20 roles in Oslo, and most of the 15 players covering them are making their company debuts. Actors in both the Israeli and Palestinian delegations need to feel the distrust and animosity of each side toward the other, travel the compressed journey to understanding and agreement in Rogers’ script, and repeat that three-hour odyssey — starting all over again with the same ferocious edge — night after night in performance.

That journey gets rockier if you’re fielding a diverse cast of Jews, Muslims and Christians who come to the table with their own settled views. Respecting diversity went hand-in-hand with respecting the values of each performer’s time.

“Yes, the rehearsal schedule was quite the challenge; 15 people for 65 scenes!” says director Paige Johnston Thomas. “As they say in the theatre: I was told there’d be no math!”

Thomas, a fixture on the local scene for over 20 years, makes her Three Bone debut with Oslo. For Kat Martin, brought aboard as assistant director and dramaturg, it’s a first time working for a theatre company in the Q.C. — and she’s already drawing accolades for her work in her Charlotte debut.

A dramaturg’s community outreach efforts, after briefing directors and performers, often takes the form of explanatory materials in the show’s playbill. Martin’s involvement has been more proactive, involving the Oslo cast during her search for historical contexts. She began by speaking with Jon Cox, associate professor of Holocaust, genocide amd human rights studies at UNC Charlotte.

Cox encouraged her to create a “Dramaturgy Day” during which actors could listen and learn from community stakeholders like Palestinian activist Rose Hamid and Rabbi Judy Schindler, director of the Stan Greenspon Center for Peace and Social Justice.

“Although I am not a Middle East expert, a dramaturg’s job is to become an expert quickly, then create points of entry for deepened understanding for creatives as well as community members,” Martin says.

Her solid core of local help was augmented by the participation of former Israeli soldier Stefan Pienkny, a veteran of the 1967 war, and two Palestinian refugees, Wafa Omran and Khalid Hijazi. Rounding out her gathering — and acknowledging the all-important peacemaking perspective of the Norwegians — Martin also invited facilitation expert Candice Langston, managing director of The Lee Institute.

“My biggest challenge was to keep the research real,” Martin emphasizes, “so I wanted to cultivate information for the cast while also making sure they were learning with their gut.”

She organized a three-hour crash course for Dramaturgy Day that began with a review of the historical background from Cox followed by Langston addressing the topic of building community dialogue.

Then there were hour-long small group meetups that paired the Israelis and Palestinians cast members with community stakeholders who represent those points of view. At the same time, actors cast as Norwegians lingered with Langston for more info on facilitating high-level negotiations.

The evening climaxed when the whole cast gathered after ingesting an hour of diverging partisan viewpoints, then plunged into exercises designed to simulate the process of bridging those gaps, understanding the “other” and finding common ground. It was intense.

“An evening as an actor I won’t forget,” recalls Dennis Delamar, who will portray Yair Hircshfeld, one of the back-channel negotiators, and Shimon Peres, the foreign minister who would share the Nobel Peace Prize with Rabin and Arafat after the Accords were signed. “The evening focused on lived experiences, personal stories, facts and some tears I observed which were quite integral in shaping my mindset. Stakes were definitely raised. I loved every minute of it.”

Peres doesn’t enter until well after intermission. A political rival of Rabin, he keeps the Oslo talks secret because he knows the prime minister will reject any agreement that isn’t airtight. It must be an offer that cannot be refused. Until the Israelis are close to that, no member of the government can be seen talking to the Palestinians. The Americans engaged in their endless, fruitless talks must also be kept in the dark.

So that’s why Delamar is Hirschfeld all through the opening act — an economics professor at the University of Haifa.
“I connect with and enjoy playing Yair’s passion and intellect,” he says, “but also a certain amount of humor J.T. Rogers developed with this character. Sometimes he is out of his depths in the negotiations, but he’s never without a passion for the grave reason he’s there, fully invested in the outcome, proud of his part in the start of it all. I’ve enjoyed making him relatable in an endearing and real way.”

Yes, there are comical moments that leaven the animosities and tensions, but there are thriller elements aplenty. The possibility of ruining Peres’ political fortunes keeps the Israelis on edge, while for Mona Juul and Terje Rød-Larsen, the Norwegians pushing negotiations forward, getting their government to buy into the process — knowing they must keep the Americans in the dark — ratchets up their anxieties.

For the Palestinian delegation — PLO finance minister Ahmed Qurie and liaison Hassan Asfour — secrecy is a matter of life-or-death. Only Arafat knows about these talks and how they’re progressing.

Vic Sayegh will take on the role of Qurie. Although he’s the more mellow, less militant of the two Palestinians, he’s a radical departure for an actor whose Q.C. credits began in 2003 with appearances in Steve Martin’s The Underpants and Charles Busch’s Psycho Beach Party. There’s no Kanaka shtick here, but there is a certain amount of savoir faire.

The Palestinian does provide some comedy when he lets his guard down. Before encountering Hirschfeld in London for the first time, he confides to Larsen, his intermediary: “I have never met an Israeli. Face-to-face.”

Very unique comedy, typical of the tensions Oslo whips up. But the finance minister quickly recovers in Hirschfeld’s presence, informing him that he hasn’t been to his homeland since 1967, when his whole village was forced to flee from “the advancing hordes of Zionism.” Awkwardness turns to polite hostility in a flash.

“Qurie often has an ulterior motive behind his words,” Sayegh notes. “He is very calculated. Like a poker player, he never lets his face give away his hand.”

Poker-faced or not, Sayegh sees Qurie’s motivations as deep and honorable. He’s relating them to his own experiences and heritage.

“As a young man, I remember meeting people who were Palestinian and subsequently looking for Palestine on a map,” Sayegh reminisces. “I would ask myself why they called a place that no longer existed, ‘home.’ Now I understand. Personally, my paternal grandparents were born in Aleppo, Syria. It was once a beautiful region of the world, but many years of conflict have reduced it to rubble. I hope that one day, peace in the entire region will allow me to visit the land of my ancestors.”

While Terje is the visionary who devises a successful model for conflict resolution — with a mixture of dogged determination and quixotic optimism to keep it going — it’s the calm, meticulous and brilliantly resourceful Mona who steers her husband around the political complications that threaten to scuttle his mission. Fresh on the heels of her pivotal role in the world premiere of Steven Dietz’s The Great Beyond, Tonya Bludsworth takes on the role of this unsung hero who buoyed her husband’s confidence while clearing his path.

“Prior to reading Oslo, I’m sure I felt like most Americans, that peace in the Middle East is not likely to ever really happen,” says Bludsworth of her journey. “But I was in tears when I first read the script — not because I was sad, but because I was overwhelmed by this incredible feeling of hope, and I still feel it every night in rehearsal. As Terje says, if we could just get past the politics and see the people, the personal, then there is a way.” 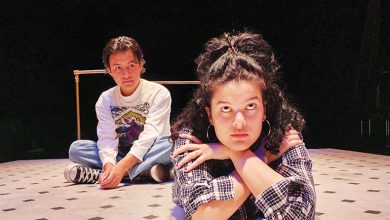 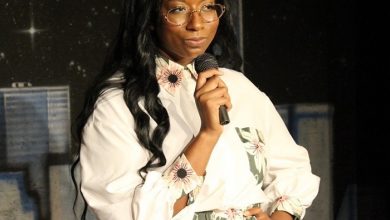 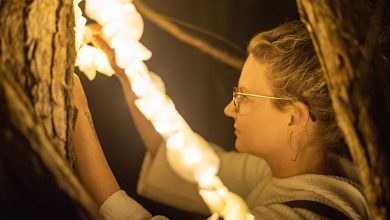