The following story was written in partnership with Innovate Charlotte. To learn more about what they do, visit their website.

Abi Olukeye is a self-described STEMinist and the founder of Raising Smart Girls, a platform to help get girls interested in STEM (Science, Technology, Engineering and Math). Priya Malani is the founder of Stash Wealth, a financial planning and investment management firm for H.E.N.R.Y.s [Stash Wealth-speak for “High Earners, Not Rich Yet”]. And Arsena Schroeder is the founder of Dear Soul Music Company, the business she built to provide workshops, consulting services and educational resources to independent artists like herself.

“It’s a powerful and diverse group of women with a lot of potential to make an impact on the Charlotte entrepreneurial community and beyond,” said Keith Luedeman, executive director of INCLT. “Now it’s the job of our mentorship teams to help them take things to the next level. It’s also our job as an organization to help introduce them to the community at large.”

So here they are, the newest members of the INCLT mentorship program.

Abi Olukeye grew up in Nigeria, where her computer science education consisted of occasional visits to the computer lab.

“At the time, we didn’t have laptops. It was just that one lab. I knew what a computer was, but it didn’t come alive until I came to the States. And I wanted to learn everything about it,” Olukeye recalls.

But that interest in technology put her among the minority. There just weren’t that many girls or women pursuing careers in technology. An advisor in her American high school even cited a research study that showed girls like technology less than boys, yet her experience had been so different. She had fallen in love with technology and computers, and she began to wonder what would happen if STEM was taught in a different way — one designed to appeal specifically to girls.

Fast forward to 2019, and Olukeye continues to find herself among the minority when it comes to STEM. Despite the fact that women make up more than half the workforce, they hold just 26 percent of tech jobs.

“Digging into why and the motivating factors, I realized that the missing piece was what’s going on in the home. Everyone assumes parents should just know how to do STEM activities at home, and there’s no true guidance,” Olukeye explains. “If your child wants to be a professional dancer or football player, you know what to do. That’s not the case with STEM.”

A year ago, she launched Raising Smart Girls to solve that problem. It’s a digital platform designed to provide parents with the tools and resources they need to help them implement STEM activities at home.

“We want parents to find what they need and create a path of STEM exposure that allows their daughters to be informed decision makers. How do you match what they’re interested in to what the possibilities could be?” Olukeye says.

To date, Raising Smart Girls has built its reach to about 30,000 parents who connect to the platform via email, social media and its website. The company is working with fifth-grade girls at a local elementary school for a yearlong pilot program focused on a creative exploration of STEM. And Olukeye is raising funds to build an artificial-intelligence-driven navigator that would allow parents to create their own at-home learning plans.

As all of that is taking shape, Olukeye is feeling an acute need for mentorship, which brought her to INCLT.

“I have several advisors but not a permanent advising team who’s holding me accountable,” she says. “Being able to have INCLT fill that gap is really a dream for me. It will help give us the bench strength we need to push forward the way we want to.”

The financial guru (for millennials with cash)

Priya Malani is new to Charlotte. She came here earlier this summer after spending nearly six months traveling up and down the East Coast, looking for the right city to grow her 7-year-old startup, Stash Wealth.

“Charlotte was last on our list, and once we landed, it immediately felt so supportive,” Malani says.

From her office in the new WeWork space at the RailYard South End, Malani tells her entrepreneurship story candidly, with the sort of raw, unfiltered perspective that has come to define her brand.

She was a ballet dancer growing up and began dancing professionally in college. She danced 50 hours a week while going to school full time. It wasn’t a career that would stand the test of time, but as Malani describes it, it was the best possible training ground for entrepreneurship. A career in dance requires commitment and stamina. You sacrifice a lot. The same is true when you’re running your own business, she says.

“True entrepreneurship takes time,” she says. “It also sucks. It’s painful. You give up friends. You give up sleep.”

She particularly likes the well-worn quote from Biz Stone: “Timing, perseverance and 10 years of trying will eventually make you look like an overnight success.”

Malani hasn’t quite been at it for 10 years, but she’s getting close. She created her LLC in 2012, while she was working for Merrill Lynch in New York. She didn’t have the oft-described “a ha moment.” She doesn’t believe in them, actually. But she did start to notice an opening in the financial services market: Companies like Merrill Lynch wouldn’t do business with a client unless they had at least $1 million to invest. That ruled out an entire population of young professionals with good jobs and hefty salaries who just hadn’t built any wealth yet.

“We decided, ‘Let’s start working with people who are younger, who are on their way to being wealthy but who need advice and guidance early on,’” Malani explains. “That’s hard because their friends aren’t buying financial advice. They’re feeling young and invincible. But the truth is, the sooner you start, the sooner you get your financial shit together, the less you’ll have to compromise down the line.”

She gave her target demographic a name: H.E.N.R.Y.s — high earners, not rich yet. And along with her co-founder, took the concept to market with a brash, edgy voice that stood in complete contrast to the stuffy formality of Wall Street.

The company’s tagline is, literally, “Get your financial shit together.”

Now, Stash Wealth serves clients in over 35 states. The company has been cash-flow positive since 2016, which is also when Malani’s co-founder joined the company full time. The average Stash Wealth client is 32 years old, earning $180,000 in income, and the company appeals to its target demographic with the promise of helping them live their best lives.

“Most of Wall Street is about saving for retirement: ‘Don’t buy the latte. Don’t go over budget.’ We don’t want to tell them no,” Malani explains. “And if you have your financial shit together, you should buy the Louboutins. You should go to Thailand and Bali. You can have your rosé, frosé, avocado toast brunch.”

Now, Stash Wealth has come to Charlotte as part of its plan to grow the company significantly in the next 24 months. The company is hiring, and Malani is looking to her INCLT mentors to gain the insights she needs to make the move a success.

“I’m excited about our mentors. They have really good experience and are all very successful,” she says. “We’re looking for people who can help us get to the next level. And in Charlotte, if someone says they’re going to do something, they’re going to do it.”

When Arsena Schroeder went to college, she had half-a-million dollars in scholarships. It was enough money to finance her entire education, from bachelor’s degree to Ph.D., and more than enough to kickstart what she assumed would be a corporate career.

While she was in college, she started writing songs. Then, she did a few recordings. In 2010, she got her first gig. She’d done internships at Bank of America and on Capitol Hill, but two weeks before her college graduation, she decided to pursue music full-time.

“One of my advisors said, ‘We think you like music more than you like business,’” Schroeder recalls.

So she started performing and touring. She was an independent artist, responsible not just for the writing and recording, but also the marketing and booking. She soon hit a point where she was performing up to five times per week, and she realized her pace wasn’t sustainable.

“So I started being more open to some of the things people requested of me,” Schroeder explains. “People asked about how I did my marketing, so I started consulting with other artists. I started teaching the creative side, too, giving voice and guitar lessons.”

Demand for those services grew, and in 2017, Schroeder formed Dear Soul Music Company, which provides business resources to independent artists.

“The music industry is changing. Record labels aren’t making their money from records because people are streaming it for free. Artists and labels are having to find other ways to generate income,” Schroeder says. “My business exists to assist those artists. We are bridging the business and artistic world and figuring out how they can go hand-in-hand.”

That work has caught the attention of larger creative agencies, who have asked Schroeder to speak to the artists signed to their labels.

Schroeder has also started offering free live concerts to feature independent artists. The Arts and Science Council Culture Blocks have sponsored several of her events, which allows the artists to get paid and the audience to enjoy the performance free of charge.

“I curate these events because those are the events where our artists get exposure to people who will become their fans. It brings people who respect music together with people who produce it,” she says. “And a lot of those artists go on to do other ticketed shows.”

Now, Schroeder can see the potential for scale in her business. But she’s reached the limits of what she can do on her own.

“I’m the first person in my family to go to college and to have a business, so I’ve been figuring it out as I go. I live online trying to get advice. I watch all the videos. I read all the books. But having real-life contact with someone who’s done all these things will be invaluable,” she says. “I threw the whole business side of myself away when I left school, and what I didn’t realize was, I was navigating my music career with everything I took away from my business world. INCLT will plug me back into people who speak that language.”

Over the next year, Schroeder and the other new additions to the INCLT mentorship program will work hand-in-hand with a dedicated group of mentors to scale their businesses. Thanks to ongoing support from RMCSoft, INCLT will continue to tell their stories as they become more deeply entrenched in Charlotte’s entrepreneurial ecosystem. 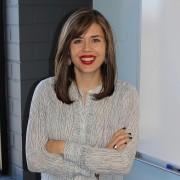 Yungblud Returns to The Underground as Headliner