Instead of waiting for bi-annual VegFest events or seasonal pop-up culinary experiences, Charlotte vegans can now revel in a free seven-week music series called Vegan Vibe that will mix plant-based food vendors with local music and more. The series kicks off on Sunday, July 21.

Vegan Vibe will host a variety of vegan food trucks and restaurants, vegan-sourced vendors and a different genre of live music each Sunday, 12-8 p.m at Heist Brewery & Barrel Arts in Druid Hills. The event is a collaborative one between Morathi Howie, CEO of Vegan Love Culture; Latise Howie, business partner at Our Sustainability Project; Cedric Scott, an event partner with Heist Brewery founder Kurt Hogan; Kelsey Joseph, senior regional organizer with The Humane League; and the team at Heist Brewery & Barrel Arts.

The music-and-food series will feature jazz as the first showcased genre, with performers including Buff Dillard, Shableek, Al Sergel, Sai the Violinist and a live house band.

“We figured, as the vegan community is growing in Charlotte, it’s becoming very hard to find a staple place to go where people can continue to eat good food, be around loving people and be in a great environment,” Morathi explained.

The involvement of The Humane League, which operates internationally as an animal rights advocacy organization, will also bring conservation into the conversation, highlighting the animal-product-free and environmentally-conscious lifestyle that veganism accompanies. 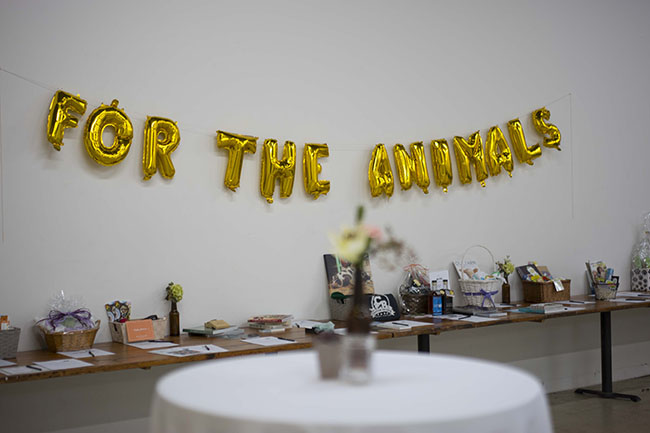 “There’s music, and food and it’s family-friendly,” said Joseph. “It’s inviting, but also bringing it back to the main reason of why we’re doing this, right? For animal rights and environmental reasons, and just to make the world a better place, so we will give that perspective at the event.”

While the series is vegan-centered, organizers have made sure that non-vegans or people on the fence about the vegan lifestyle can still enjoy the variety of food and products available at the event.

“Once you start thinking about vegan — trying it out and seeing what’s out there — you’ll see that [you’re] really not missing out on the spice of life when it comes to food when you go plant-based,” Scott said.

Veganism isn’t just about switching to a plant-based lifestyle to avoid eating meat or wearing animal products, however. There comes a love for living beings, human and non-human.

“When I first came into the lifestyle, I came in for health reasons, then I learned to love all animals,” Morathi said. “I don’t own one animal, but I love all animals.”

For Scott, he added that the event is also about bridging the gap between vegans and non-vegans. But more than that, it’s a series designed to promote peace on the planet, starting in Charlotte.

“I believe vegan is the future, which is why we’re putting this event together,” Morthai said.

Legend Status Continues to Build on his Skills