Coronavirus Could Be Here but the Flu Definitely Is

The North Carolina Department of Health and Human Services (NCDHHS) announced on Friday that it is investigating a possible case of infection with the newly discovered 2019 coronavirus. According to an NCDHHS release, a person who passed through Wuhan Province in China, which has seen hundreds of cases of the contagious respiratory illness, then flew to Raleigh-Durham International Airport on Thursday. The case has not yet been confirmed, however, and staff members emphasized that the public is at very low risk.

“Although it is unlikely that this person was infected with the 2019 novel coronavirus, we are conducting testing out of an abundance of caution,” said Dr. Zack Moore, state epidemiologist. “If you haven’t traveled to Wuhan in the past two weeks, your risk of infection with this virus is very low.”

Your risk is plenty high for the flu, however, which has already killed at least 41 people in North Carolina. So there’s some perspective for you.

The Carolina Panthers invited reporters to Bank of America Stadium on Friday to unveil details about renovations that will include the removal of nearly 900 seats from the stadium to make room for suites to be installed at the field level in the west end zone.

The 14 new “bunker suites,” which are expected to be finished by July, will hold around 12 people each. Of the seats that will be removed, around 380 belonged to personal seat license (PSL) owners who will now be moved elsewhere in the stadium or offered reimbursement if they so choose.

In a press release, the Panthers said the changes are needed “to keep the stadium viable, maintain a strong fan experience and continue to bring entertainment options to Charlotte.” The new renovations, which are being funded by Panthers owner David Tepper, are just the beginning of changes that will prepare the stadium for the launch of Charlotte’s new Major League Soccer team in 2021. Other renovations will include new soccer locker rooms and a standing-room-only “Supporters Section.”

John Stumpf, the former CEO of Wells Fargo who oversaw the bank’s 2008 acquisition of Charlotte-based Wachovia, has been banned from the banking industry as the result of a fake accounts scandal that led him to resign from his position in 2016. Stumpf was also fined $17.5 million for the scandal, which involved employees opening millions of fake bank accounts in customers’ names in order to reach unrealistic sales goals.

“The Bank tolerated pervasive sales practices misconduct as an acceptable side effect of the Community Bank’s profitable sales model, and declined to implement effective controls to catch systemic misconduct,” stated the Office of the Comptroller of the Currency (OCC), Wells Fargo’s regulator, in a release. “Instead, to avoid upsetting a financially profitable business model, senior executives … turned a blind eye to illegal and improper conduct across the entire Community Bank.”

The OCC also charged five former Wells Fargo executives and fined two others on Thursday. In total, former executives are facing $59 million in fines from regulators.

Wells Fargo also paid the Navajo Nation $6.5 million last year for predatory practices against vulnerable members of the tribe, including those who didn’t speak English, during Stumpf’s time as CEO. Though Wells Fargo is based in San Francisco, its largest employment base is in Charlotte, where it employs around 27,000 people.

The order is the latest step in the long-running “Leandro standard” litigation, which started in 1994 when five poor school systems sued the state of North Carolina, seeking both a declaration that the state had failed to meet its constitutional duties to provide equal educational opportunities for all students and a court-imposed remedy to correct the violation. 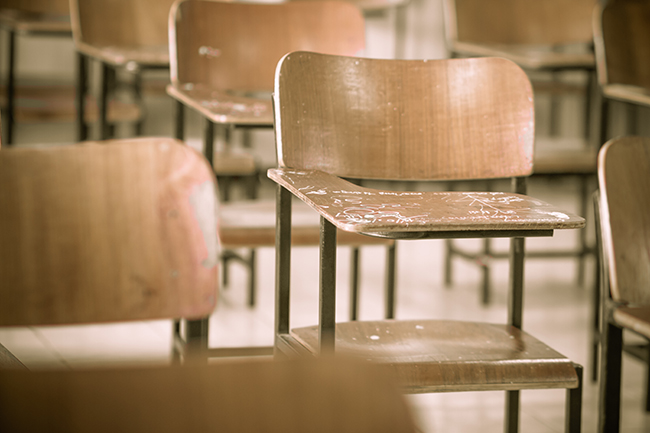 Tuesday’s consent order recognizes an ongoing constitutional harm, including severe inequities experienced by at-risk children, economically disadvantaged students and children of color, and requires that the state report back to the court within 60 days on its progress. The state’s plan must address teacher recruitment and development; principal development and recruitment; an adequate, equitable, and predictable funding system; an accountability system that measures progress on the Leandro standard; meaningful support to low-performing schools; access to early education for all at-risk children; and alignment of high school to postsecondary and career expectations to assure student readiness.

In a Friday press release, the North Carolina Justice Center praised the order: “The Justice Center applauds the work of Judge Lee and the parties in breathing new life into the Leandro standard after years of the state failing to meet its constitutional obligations to children … The requirements of this consent agreement are clear: It is up to state policymakers to meet their obligation and implement meaningful reforms in the 2020 legislative session. As this week’s order recognizes, North Carolina’s children cannot wait any longer to have their fundamental constitutional rights realized.”

A pizza delivery driver opened fire on a group of suspects who were allegedly trying to rob him on Monday night, hitting three suspects. According to CMPD, the man was delivering a pizza to an apartment in the HillRock Estates in east Charlotte when he was approached by four suspects, one of whom took aim at his head with what appeared to be a rifle. The driver, who was armed with his own pistol, opened fire on the suspects as they fled on foot.

The driver called police, who arrived and quickly located three of the suspects, two of whom were found to have gunshot wounds. A fourth suspect was later located at a nearby hospital after he was dropped off for treatment for a gunshot wound.