Gov. Roy Cooper joined local leaders on Friday morning to announce that Microsoft Corp. will be expanding in our city, adding 430 new jobs and investing $23.9 million in a new Charlotte office.

“It adds to the existing Charlotte high-tech workforce that already has over 50,000 people [in Charlotte],” Cooper said at a press conference on Friday. “You have seen that synergy that we have created particularly in the last couple of years where we’re making Charlotte a place to be for high-tech workers, that we’re going to attract from everywhere.”

The average pay for the jobs at Microsoft’s new office building will be about $98,000, Cooper said, well over the average Mecklenburg County salary of about $66,700.

According to a press release from the city, Charlotte and Mecklenburg officials have partnered to bring over 7,300 new jobs to Charlotte over the last year.

“It is a testament to our business environment and the quality of our skilled labor pool that Microsoft would choose to expand operations and grow its partnership with the Charlotte region,” said Mayor Vi Lyles. “Microsoft has been extremely active in the Charlotte community and we are excited that it will be an even larger part of our thriving tech industry.”

Microsoft has had a presence in Charlotte since 1991.

“The opportunity that we have to grow our base and our talent in North Carolina is an exciting one,” said Reggie Isaac, Microsoft Charlotte campus director. “Microsoft is pleased to be empowering customers, partners and employees in the Charlotte area and looks forward to the prospects ahead.”

“Microsoft’s expansion here in Mecklenburg signifies our continued growth and reputation as a top destination for tech jobs,” said George Dunlap, chairman of the Mecklenburg Board of County Commissioners. “These new positions will serve clients from all around the globe while engaging and developing the skills of our workforce, including students in the community.”

“North Carolina is one of the most rapidly growing technology sectors in the country,” added North Carolina Commerce Secretary Anthony M. Copeland. “As a leader in IT talent, research and development, North Carolina is a smart choice for Microsoft’s expansion and new ventures.”

CMPD is refuting an account of an assault that occurred on Sunday evening, as reported by Fox 46 this week. Kenny Coppedge told David Sentendrey that he was walking down Yancey Road on Sunday with his boyfriend when he was thrown to the ground and pinned there by men claiming to be off-duty police who accused him of stealing a woman’s purse.

Coppedge claimed that police arrived and spoke with his alleged attackers before letting them go. Though police did not comment for Sentendrey’s original story, they later followed up stating that surveillance footage of the incident showed that Coppedge was actually the aggressor in the incident.

Police told Sentendrey that the video showed Coppedge approach the woman in question and put his arm around her, then the men claimed he stole something from her, at which time Coppedge allegedly lunged at the men and tried to fight them.

Coppedge, who claimed the attackers said they were police officers from New Jersey, had originally said he wanted to press charges against the men. Following CMPD’s statement, Coppedge said he would be meeting with an attorney, according to Sentendrey.

Sushi Guru, which just celebrated the one-year anniversary of its Plaza Midwood location in June, is shutting its doors, as was first reported by Unpretentious Palate on Wednesday.

According to a sign on the door and a greeting on the company’s voicemail, the location is closed until further notice. An investor in the business told Charlotte Agenda that the restaurant struggled because it only served dinner, as foot traffic was sparse during the day.

It appears the restaurant’s original SouthPark location will remain open.

Though Sushi Guru was not even open for two years, its closure adds to a list of changes that have occurred in Plaza Midwood during the second half of 2019, including the closure of Dairy Queen, the sale of a large piece of land in the heart of the neighborhood and the sale of longtime neighborhood staple Dish to Lewis Donald of Sweet Lew’s BBQ (author can confirm after recent visit to Dish that it’s still as good as ever).

Class A baseball team the Kannapolis Intimidators announced their new name this week: the Kannapolis Cannon Ballers. The name pays homage to Cannon Mills, which once sat on the land where the teams new ballpark was recently built.

The team had to change their name from the Kannapolis Intimidators, which was an homage to hometown hero Dale Earnhardt, because they didn’t own it. The trademark for Dale’s nickname is reportedly owned by his widow, Teresa Earnhardt. In February, Dale’s son, Dale Earnhardt Jr., had tweeted his frustration with the upcoming name change, through he said that if the change was imminent, he would suggest the name the Cannons.

The team will continue to pay homage to Dale Earnhardt in their new logo, which bears an unmistakable resemblance to the legendary NASCAR driver. 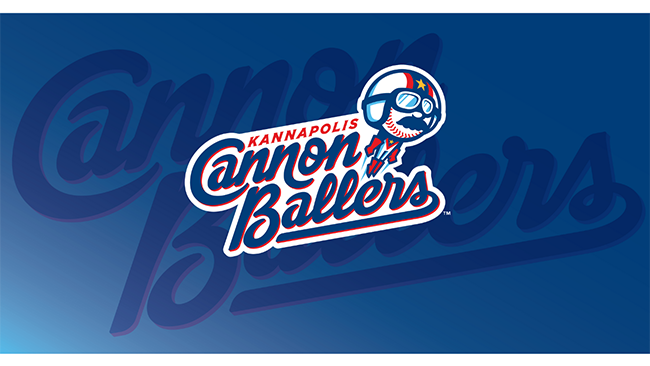 In a press release, the team’s general manager Matt Millward spoke about how the new name not only pays respect to the Cannon family that owned the mill, but references the circus-like atmosphere of a Minor League Baseball game.

“After months of considering input from our fans and stakeholders, we are thrilled to introduce the Cannon Ballers,” Millward stated. “The new team name instills community pride and exemplifies the experience we want all of our guests to enjoy at the Kannapolis Sports & Entertainment Venue. Although the Cannon Ballers players and action on the field will always be the main event, the surrounding carnival of fun off the diamond will truly make a trip to our ballpark a memorable experience.”

If I may editorialize for a moment, the Cannon Ballers is a fine name, I suppose, but for God’s sake, name your ballpark something better than the Kannapolis Sports & Entertainment Venue.

Unknown Victim Among Those Killed in Charlotte

Two people were killed in Charlotte this week, bringing the total amount of homicides in the city this year to 89, the most in more than a decade.

Just after 5 pm. on Sunday evening, police responded to a shooting call at a Bojangles’ on West Boulevard and found 33-year-old Ronnie Franklin dead of a gunshot wound. According to CMPD, Franklin got into an argument with a group of people inside the Bojangles’ before he was shot outside. The suspects fled in a white Nissan Rogue. Anyone with information about the killing is asked to call Crime Stoppers at 704-334-1600.

Police responded to another shooting call at a home on Rush Wind Drive, just north of Uptown near Oaklawn Avenue and I-77, late on Thursday night and found a man lying in the backyard dead of a gunshot wound. As of the time this article was published, the name of the victim had not yet been released.