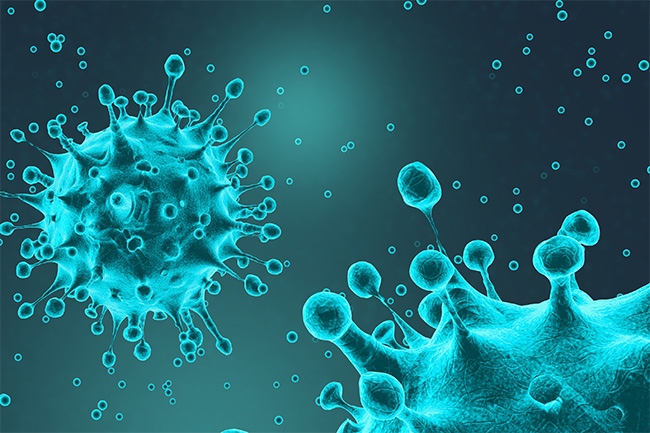 Gov. Cooper issued a statewide stay-at-home order on Friday afternoon in an attempt to curb the spread of the COVID-19 coronavirus, similar to an order already implemented in Mecklenburg County earlier this week. While Mecklenburg’s order allowed for 22 sectors of “essential businesses” to remain open, the state order lays out 30 such sectors, including a broad permittance for “businesses that meet social distancing requirements.” The requirements to meet such a designation are that staff members maintain a distance of 6 feet from each other, wash hands regularly, clean surfaces regularly and facilitate online or remote access for customers when possible. It’s unclear how those requirements will be inspected or enforced.

As for what’s happening locally, the amount of positive COVID-19 cases in Mecklenburg County stood at 259 as of Friday afternoon. Following a press conference on Friday, the county released updated data on the first 230 cases that the county had seen through Thursday. The data showed that the most affected age demographic locally remained the 20-39 bracket, which accounted for 46% of the cases. People aged 40-59 made up 34.8% of cases, 60 and over made up 18.2% and people under 20 made up the remaining 1%.

At Friday’s press conference, Mecklenburg County Public Health Director Gibbie Harris announced that the county would stop releasing stats about how many cases had been found in each code, stating that officials feared it would lead people to believe that zip codes with less infections would be more safe. It remains unclear how they came to that conclusion or how less information could possibly be more helpful in a pandemic.

Friday’s order will surely add to the increasing rates of unemployment across the state. Between March 16 and 26, more than 195,000 North Carolinians filed for unemployment insurance, a larger spike in new unemployment claims than any two-week period on record, according to data from the N.C. Division of Employment Security. Rising unemployment will have drastic effects in a state where, according to the Prosperity Now Scorecard released in January, 42% of North Carolina households could not subsist at the poverty line for three months without income.

“The COVID-19 outbreak is showing how fragile our economy already was, how incomplete the recovery from the Great Recession proved to be, and how little financial cushion many North Carolina families have to fall back on.” said Patrick McHugh, senior economic analyst with the NC Budget & Tax Center. “An unprecedented number of North Carolinians have filed for unemployment in the past two weeks, with over 29,000 submitting claims on March 25 alone. We’re still in the early phases of this crisis, so without sustained action at both the state and federal levels families across this state are going to be in real trouble.”

Riley Howell, the hero who saved lives but lost his own while stopping the UNC Charlotte shooting in April 2019, was posthumously awarded a Citizens Honor Award by the Congressional Medal of Honor Society this week. Howell received a Single Act of Heroism along with Keanon Lowe, the high school football coach who wrestled a gun away from a student who had planned to kill himself at an Oregon high school last year.

Of six people honored this year, three were involved in school shootings. Christian Garcia, a 15-year-old who was shot and killed through a door in a Sante Fe high school while trying to save his classmates, was honored with the Young Hero Award.

Howell and the others were honored at a wreath-laying ceremony at Arlington National Cemetery on Wednesday, National Medal of Honor Day. The ceremony was live-streamed, but no attendees were allowed due to COVID-19 concerns. Howell’s family accepted the award on his behalf.

As public health clinics have seen a sharp decline in visits following the local stay-at-home order, Mecklenburg County Public Health (MCPH) announced Friday that its southern location on Billingsley Road will close to the public beginning on Monday so that staff and resources can be put to use on fighting the COVID-19 pandemic.

“In an effort to effectively utilize public health staff and other resources during this unprecedented time, we are consolidating our services to one location,” said Mecklenburg County Public Health Director Gibbie Harris. “This will help us to continue to provide essential services to the community while also reallocating resources to the COVID-19 response efforts.”

Until further notice, all sexually transmitted infection testing, HIV testing and family planning services will be done at the northern location on Beatties Ford Road. MCPH asks that anyone with questions about those services call 704-336-6500.

A 20-year-old man was shot while standing in front of a house on Ilford Street in east Charlotte on Sunday night, and died in the hospital hours later. According to CMPD, officers responded to a call at that location just after 11 p.m. on Sunday and observed that two houses and three parked cars had been shot into, but did not find any victims. They later found that acquaintances had driven a victim of the shooting, Tyree McIntyre, to Atrium Health Medical Center in University City. He was then transported by MEDIC to Atrium Health Main, where he died at 2:30 a.m. on Monday. No arrests have yet been made in the murder, which was the 23rd in Charlotte this year.

On Friday police announced that they have charged 33-year-old Terry Connor Jr. for his involvement in the murders of Asa Shannon and Siojvon Joseph in January. Connor was already in custody at the Mecklenburg County Detention Center and charged for the murder of Brooks’ Sandwich House co-owner Scott Brooks last December. Connor’s new charges include first-degree murder, two counts of first-degree kidnapping, armed robbery with a dangerous weapon, conspiracy and first-degree burglary.

Shannon and Joseph were found dead in a car that had rolled down an embankment on Atando Avenue on January 11. Terry’s brother Everett Connor, 32, was arrested and charged for his involvement in the murders in January, and Steven Staples was arrested and charged in February. Police believe that the trio tried to rob the victims at a home on Cambridge Bay Drive in the Highland Creek area. Detectives reportedly tracked each of the victims’ phones to that location and found blood in multiple rooms and a hallway, and the phones in the front yard.

During an online press conference on Friday, CMPD Lt. Bryan Crum said police are looking into the potential that Terry could be involved in other unsolved murders in the area. “Any time we link a suspect to two [murders], we’re going to follow up on every potential lead … we certainly are looking into that possibility.” Police are also still searching for a second suspect in Scott Brooks’ murder.